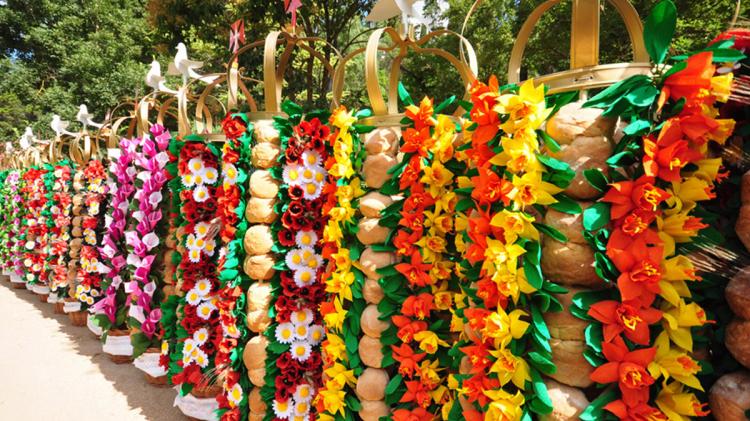 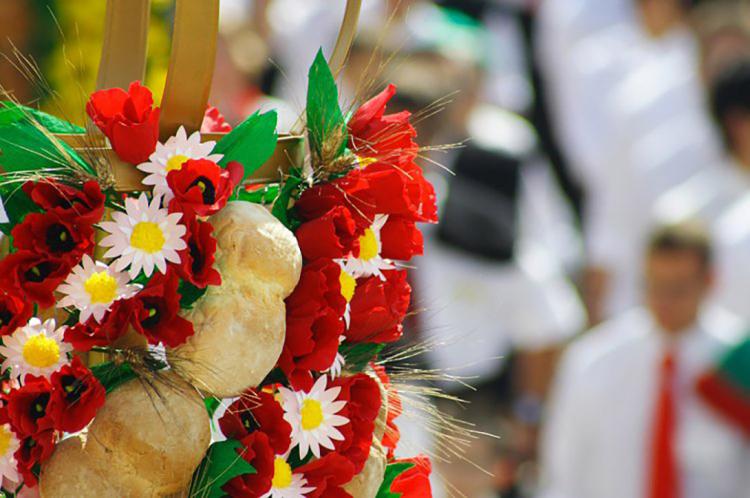 Festa dos Tabuleiros takes place every four years in the beginning of July. Its origin dates back to the cult of the Holy Spirit, which was implemented in the 14th century.

The Parade is the highlight of the festivities. Hundreds of pairs join the parade: the girls wear white with a colourful band across their chest, and carry the trays up high; the boys wear a white shirt with the sleeves rolled up, dark trousers, and a cap on their shoulders, which is the same colour as the girl's band. At the back of the Parade you see the triumphal chariot with bread, meat, and wine pulled by oxen as a token of sacrifice.

The tray – main symbol of this festivity – must be as high as the girl carrying it. It is decorated with paper flowers, vegetables, and ears of wheat. It comprises 30 especially shaped loafs of bread, 14 ounces each, pushed into five or six canes in equal amounts. The latter come out of a wicker basket covered by an embroidered cloth, and are topped by a crown with the Cross of Christ or Dove of the Holy Spirit on the top.

During the festivities, the streets of the historic centre of Tomar are decorated with millions of paper flowers.

Nearby / EVENTS / FESTA DOS TABULEIROS (FESTIVAL OF THE TRAYS)