Home / This is Fatima / Centennial

Home / This is Fatima / Centennial

The celebrations of the centenary of the Apparitions of Fatima in 2017 reached their peak on May 12 and 13, when Pope Francis was at the Sanctuary of Fatima. 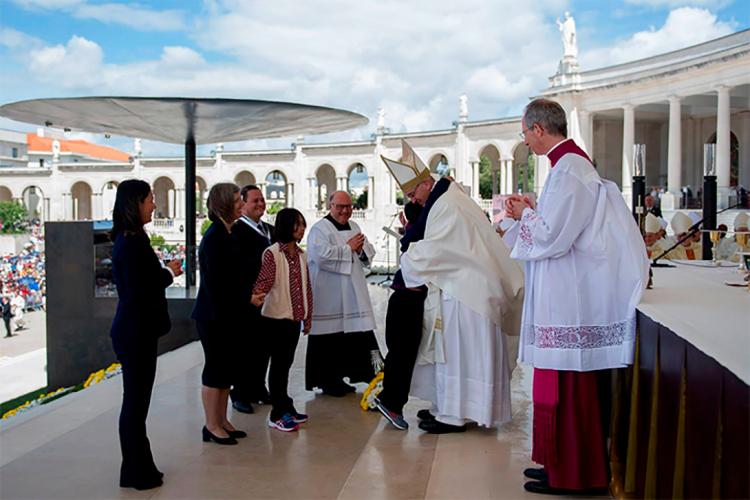 Canonisation of Francisco and Jacinta Marto

Pope Francis canonised Francisco and Jacinta Marto. The two little shepherds are now the Catholic Church’s youngest non-martyred saints.
The canonising Ritual took place at the beginning of mass, which marked the first International Anniversary Pilgrimage of the 100th Anniversary of the Apparitions. In addition to the canonisation, one of the most memorable moments was when ‘miracle’ boy Lucas came to the altar with his mother, Luclila Yurie, and his sister, Angela Coelho, postulator of the canonisation, in order to hug Pope Francis.
The canonisation of Francisco and Jacinta took place 65 years after the bishop of Leiria, Jose Alves Correia da Silva, opened the two diocesan investigations into the fame of sanctity of the two seers.

Pope Francis was welcomed in the Sanctuary of Fatima with great joy and devotion. Right after his arrival, the Pope prayed in silence in the Chapel of the Apparitions, where he offered the third Golden Rose to the Sanctuary.
On May 13th, Pope Francis canonised the Little Shepherds and left a message of peace to the thousands of people watching the celebrations: ‘Under Mary’s protection, let us be, in the world, sentinels that watch in the night, who know how to contemplate the true face of Christ’.
On his way back, the Holy Father remembered 25 years ago, on May 13th, 1992, when he received the news of his Episcopal ordination. 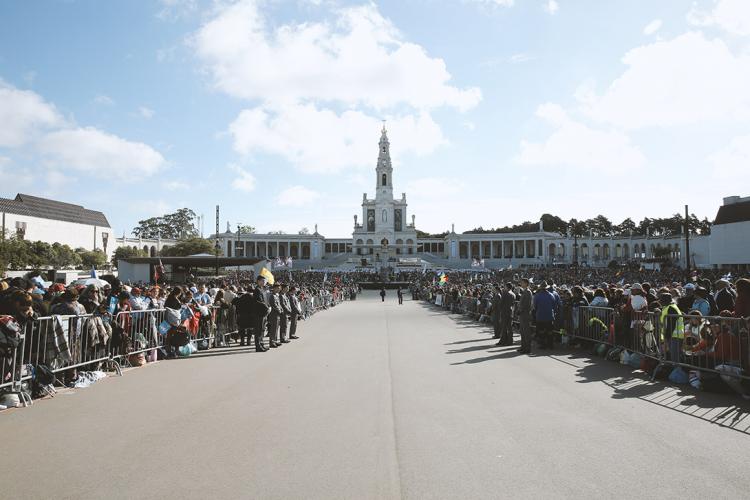 Throughout the year of 2017 there were many religious and cultural activities to celebrate the 100 years of the Apparitions in Fatima.